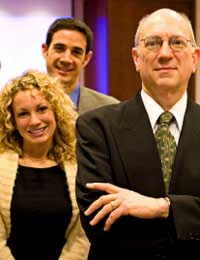 Broadly speaking pension schemes can be split into two categories: defined benefit schemes and defined contribution schemes. Today, the majority of available pension schemes fall into the latter category. This is as a result of several factors, generally culminating in spiralling running costs and the inability or refusal of employers to pay the deficit. This responsibility on the part of the employer is one of the key characteristics of Defined Benefit Schemes, and is covered in more detail in the relevant article on this site.

The gradual collapse of defined benefit schemes has led to a growth in the defined contribution market. These pensions are also sometimes known as ‘money purchase’ arrangements, and now fill the bulk of the UK pensions sector. The term ‘defined contributions’ is considerably broader than ‘defined benefits’, and can cover a wide variety of both private and occupational schemes.

There has been a significant backlash against the increasing reliance on defined contribution schemes. This can be explained by looking at their characteristics. One of the great advantages of defined benefit schemes is that, after the employee has made their agreed contributions, the responsibility for making up any deficit in the running costs of the scheme rests with the employer. In a defined contribution scheme, however, the risks presented by the possibility of higher costs or poor investment performance from the fund are taken on entirely by the pension holder as an individual. Many people have suggested that the move to defined contribution schemes has taken place in great part as a cost-saving exercise on the part of employers.

In a defined contribution scheme, the benefits that will be available to the pension holder at the point of the scheme’s maturity are not definite from the outset. Rather, these benefits are determined by a number of important factors, most of which are out of the control of the pension holder. These factors include:

What are the Advantages?

Bearing in mind the drawbacks, defined contribution schemes do have a number of attractive characteristics. Primarily, they benefit from a tiered investment system. This means that your money will be invested in relatively high-risk vehicles in the early stages of the plan, with a gradual move towards lower-risk investments such as currency as you near retirement. So your fund has the capacity to grow quickly from the outset, but still provide security when it is needed. Furthermore, a well-managed plan should offer a default plan for your money, whereby it is invested in a standard way throughout the term of the pension. This is particularly beneficial if you are not confident enough to make your own decisions as to where your money should be invested.

As with the vast majority of pension schemes, Tax Relief is available on your contributions. As is mentioned elsewhere in this section, you can claim relief on contributions up to an equivalent of 100% of your wage. Similarly, you can withdraw 25% of your total fund as a single, tax-free lump sum on retirement. However, as most defined contribution schemes rely in part on stock investments, you may have to pay some tax on any dividend payments that you receive from shares.