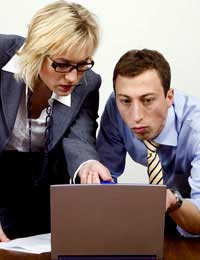 In the majority of cases, those who are offered occupational pension schemes will, and should, take them. They tend to offer the best available deal from a financial point of view, and also represent relative security for your money as a result of increasingly stringent pension rules.

For some individuals, however, a traditional occupational scheme is not suitable even if they have access to one. Many of these individuals are company directors or owners who wish to rid themselves of the shackles of investment limitations associated with the more traditional schemes. As a result, HM Revenue & Customs has designed a range of pension schemes specifically for these individuals, although they are also available to regular employees. These HMRC-designed schemes are known as ‘approved’.

One of the most popular approved schemes designed for directors and owners is known as an executive pension plan, or EPP. These are money purchase schemes that will be put together specifically for the individual by an insurance company. The onus here is on the employer to make contributions, which are then free of Corporation Tax and NI contributions, making it a particularly attractive option for company owners. Until the recent simplification of the pensions tax schedule EPPs allowed individuals to build up a sizeable pension quickly, but this advantage has been diluted by recent legislation.

Another attractive approved pension choice is a Small Self-Administered Scheme, or SSAS. These have the advantage of allowing contributors to invest in a far wider range of products than regular schemes, including buildings owned by the employer. This, again, makes it an attractive option for owners. SSASs are covered in more detail in an article elsewhere in this section.

In addition to these options, there are a number of schemes, which do not receive the same tax treatment from HM Revenue & Customs. They are not designed by the government, and are known as ‘unapproved’ schemes. Again, these schemes have lost some of their appeal since the recent restructuring of the tax schedule, but they can still offer some benefits in certain circumstances.

One of the most popular types of unapproved scheme is known as a Funded Unapproved Retirement Benefit Scheme, or FURBS. As with many of the approved schemes above, these are designed with company owners in mind. Perhaps the best way to think about FURBS is as an additional top-up option to add to an approved scheme. FURBS allows the scheme holder to make contributions above the current annual limit of £215,000 or lifetime limit of £1.5 million.

After this, FURBS has virtually no limit on contributions, and the entire lump sum can be withdrawn at retirement. There are significant downsides, however: as the scheme is unapproved, FURBS contributions are not entitled to any Tax Relief. By definition those investing in FURBS are likely to be higher rate taxpayers, and so this lump sum will probably be taxed at 40%.

Finally, some employers still offer Unfunded Unapproved Retirement Benefit Schemes, or UURBS. Under this arrangement, the employer agrees to give the scheme holder a specific range of benefits on retirement. However, the holder pays no contributions during the term of the scheme; as there is no money going into the scheme, there is no tax to be paid on contributions. However, any lump sum withdrawn at the end of the term will be subject to income tax at the recipient’s normal rate.

As can be seen, the restructuring of the tax regime has meant that many of the benefits of unapproved schemes have been removed. However, there are still a number of circumstances in which some individuals may find them useful.