Home > Transport > What Does Road Tax Pay For?

What Does Road Tax Pay For? 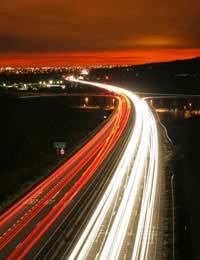 Vehicle Excise Duty (VED) is more commonly known as road tax and is a perpetual source of political contention. The majority of adults in the UK are either car owners or regularly use a car or other vehicle, so road tax affects most of us. Furthermore, aside from the standard road tax payable to the DVLA and proved by your tax disc (which must be displayed in your windscreen), motorists are also hit by fuel duty, council parking charges, congestion charges, and all manner of other taxes.

So Where Does All the Money Go?

This is not a particularly easy question to answer. Frequently, tax rises are presented as necessary in order to cover the cost of a related expenditure. For example, the London Congestion Charge was supposed to pay for new upgrades to the Underground network. However, there is really no way of telling whether or not this is the case, as all tax income ultimately ends up in one of two places, depending on the tax.

DVLA Road Tax and fuel duty both end up in the coffers of the Exchequer, along with your income tax and companies' corporation tax. Council parking fees, along with the Congestion Charge if you live in London, are paid to the Local Authority, and are topped up by council tax and a subsidy from central government.

As can be seen, it is therefore very difficult to detail exactly how your road tax is spent, because it is divvied up in the same was as any other tax. However, there are certain related expenditures that we certainly rely on road tax and fuel tax to pay for.

Infrastructure projects are among the most important motoring-related expenditures. These include new road building and widening, tunnel construction and so on. These projects are frequently carried out in partnership with a private company, using a system known as a Private Finance Initiative (PFI). There are a number of notable PFI infrastructure projects including the Skye Bridge, for example.

Private Finance Initiatives are a useful tool for the government, as they allow massive new infrastructure projects to take place 'off balance sheet' – that is, the cost of these projects does not contribute to the national debt. PFIs have, however, ground to a halt in recent months as the private sector is finding it increasingly difficult to secure funds to carry out the projects.

Motoring taxes paid to a council are more easily traced to their eventual expenditure, as the projects they pay for tend to be concentrated in a smaller area and therefore more visible to residents. For example, your parking fees might well help pay for extended car park facilities, while your resident's parking permit is probably contributing to road resurfacing or a similar project. As has been mentioned, though, council income is topped up by central government – so,ultimately, you are also paying for these projects and services through your Council Tax and Income Tax.

Many drivers complain that the costs of driving are unfairly inflated by tax, particularly in the price of petrol. There may be some truth in this; driving is an easily taxable activity, because it is a necessity for many and individuals do not see the cost coming directly from their wage packet. However, it should be remembered that without these taxes both central and local government would find it even more difficult to carry out the infrastructure and repair projects on which a modern society relies.

What is the Cycle to Work Scheme and How is it Taxed?