What is Council Tax? 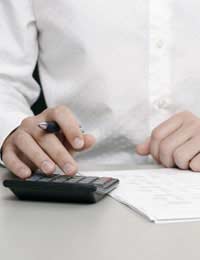 Council Tax is the subject of perpetual debate. Many people suggest that the way in which individuals' liability for the tax is calculated is unfair, while others insist that the entire system should be abolished and replaced with a more effective alternative. So what exactly is Council Tax?

Council Tax is a form of local taxation paid by residents to local councils in England, Scotland and Wales. It has its legislative basis in the Local Government Finance Act (1992), and was formally introduced in 1993. This was largely in response to the widespread opposition to its predecessor, the Community Charge (more commonly known as the Poll Tax).

The Liberal Democrats have outlined their desire to see Council Tax replaced by a 'local income tax' to ensure a fairer charge. There is, as yet, no formal suggestion that this will become government policy.

In April 1991, the capital value of all residential property was gauged by each local authority, and, in England, eight bands were set. Each property falls into one of these value bands, with the lowest (A) taking in all property up to the value of £40,000 and the highest (H) applying to properties with a value of £320,001 and above.

The way in which Council Tax is spent determines how high a charge is levied, as Council Tax in different boroughs is disbursed among different groups. For example, a portion of Londoners' Council Tax is paid to the Olympic Delivery Authority, while those in other areas do not contribute to this organisation.

In total, 11 different groups are entitled to claim a portion of Council Tax. These groups include the Police Authorities, County Councils and the National Park Authority. Each of these organisations determines an annual levy for each borough. These are then added up and divided by the total number of properties in each area's D band – that is, the band into which most average value properties fall. This sum becomes the standard Council Tax figure against which each of the other bands are set. Residents of properties in other bands will pay a percentage of this figure, from 67% for band A properties to 200% for properties in band H.

How is it Spent?

Given its name, the contribution that Council Tax makes to the annual income of any local council is relatively small. In reality, it accounts for only around an average 25% of revenue, with the rest being made up of a combination of Business Rates and grants from central government. Once it reaches the council, however, the Tax is used to pay for such services as police enforcement, recycling and waste collection, and schools.

The biggest criticism of the Council Tax regime concerns the way in which the amount each household must pay is determined. Council Tax is regressive; this means that the 'effective tax rate' (that is, the proportion of the individual's total income that is spent on the tax) falls as the payees income increases. This is because the Council Tax liability is determined by property value, rather than by income. There are perpetual low-key demands for a 'fairer' system of local taxation, with the Liberal Democrats proposing a local income tax.