Home > Tax Tips > Auto Enrolment: How Will it Affect Me? 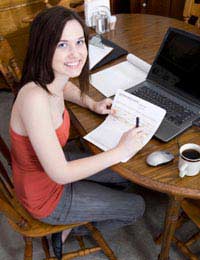 Auto-enrolment constitutes one of the most significant changes to UK pension law in decades. The set of new rules, which come into force from October 2012, will see many more employees given access to occupational pension schemes.

The new rules will give employers significant new responsibilities. Meanwhile employees will have a portion of their earnings diverted into their pension funds – and will need to understand where that money is going.

Auto-enrolment refers to the introduction of new pension laws, intended to encourage workers to save for retirement.

Under the new rules qualifying employees will be automatically enrolled in a pension scheme. Qualification depends on a range of factors including age and income.

Contributions to the pension fund will be made by both the employer and the employee. Minimum contribution levels will apply, and the employer will be legally obliged to put up a portion of the money. It is thought, though, that many employers will choose to contribute more – for example in order to attract the best possible employees.

What does this mean in practice?

This depends on your age. Auto-enrolment will mean that any employee between the age of 22 and the State Pension Age will have access to a pension scheme, provided that they are earning at least £7,475 a year for the 2011-12 tax year.

In addition to this, some other employees will be able to access the scheme by request. Their employer’s responsibilities will vary depending on the amount the employee is earning.

Employees aged between 16 and 22, or between the State Pension age and 75, will be able to opt in provided that they are earning at least £7,475 a year. Their employer will be obliged to make contributions to the pension scheme on their behalf.

Employees earning less than £7,475 a year will also be able to opt in, but their employers will not be obliged to make contributions on their behalf.

As an employee you will then contribute a portion of your earnings to your pension fund. This will normally be taken monthly, through the PAYE system. From October 2017, most funds will require contributions equivalent to at least 8 per cent of your earnings to be made. But you won’t be responsible for all of this. Your employer will have to pay at least 3 per cent of the total – with the remainder being made up by you, and by tax relief.

Can I opt out?

Yes. Employees will be able to opt out of the scheme, for example if they want to make their own pension arrangements. It is thought that opting out will be particularly popular in instances where, for example, every employee of a company is also a director.

Auto-enrolment clearly places significant new responsibilities on employers. Many business groups have pressured the government to water down the proposals or, for example, allow the smallest businesses an exemption. But it was recently announced that all businesses, regardless of size, will be required to comply with the rules.

To begin with, you should understand that auto-enrolment is being phased in. The time at which you need to comply will depend on the size of your business. Auto-enrolment begins for the largest employers from 1 October 2012. Those with fewer than 50 employees could have until 1 February 2016.

You will be legally obliged to enrol qualifying employees in a suitable scheme. Contrary to initial concerns, though, this does not mean that you will necessarily be expected to establish and administer your own occupational pension scheme. Instead you will be able to use the National Employment Savings Trust (NEST) – a government-administered scheme designed particularly with the smallest employers in mind.

It is vital that you act now to ensure that you fulfil your responsibilities under auto-enrolment. Even the smallest organisations should start to make financial plans for the transition, recognising that contributions and administration will add to their monthly outgoings. Larger businesses should be planning for the introduction of auto-enrolment as a matter of urgency.

Meanwhile if you are an employee you should make sure that you understand your options under auto-enrolment. If you are in any doubt about where your money is going, you should seek independent advice.