Home > Freelancers & Contractors > What is IR35? 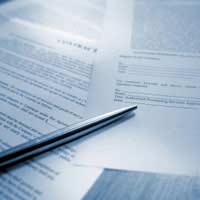 IR35 is one of the most important concerns facing any contractor. Regardless of the initial intentions of legislators, this tax has resulted in massively increased costs for Contractors And Freelancers alike, and a small industry now exists solely to mitigate exposure to it. IR35 should be at the forefront of your mind when negotiating and fulfilling a contract.

The term IR35 is used to describe an addition to the tax schedule which came into force in 2000. The intention was to prevent the practice of 'disguised employment'. Prior to IR35, some professionals had established themselves as 'contractors' when in fact they were employees in all but name. The purpose was to reduce their tax burden. IR35 sought to prevent this by creating a notional contract of employment against which the relationship between the worker and the client is judged.

In reality, IR35 has had expensive consequences for many genuine contractors. Those whose contracts fall within the auspices of IR35 can find their take-home pay being reduced by up to 25%. It is unsurprising, therefore, that a considerable amount of time is put into ensuring that contracts fall 'outside' IR35.

IR35 has come under intense criticism from professional contractors' groups and individual contractors and freelancers. There is significant scope for interpretation of the rules, with many HM Revenue & Customs (HMRC) judgements being successfully challenged. It is thought that around 60% of contractors have contracts and working arrangements that make their IR35 status very difficult to determine.

It is important to stress that any decision regarding whether or not you fall within IR35 will be based not only on the wording and contents of your contract, but also on your working practices. For example, regardless of what your contract says, there are a number of tell-tale signs of employment that are likely to lead HMRC to find against you. These include a client's insistence on setting your working hours, an entitlement to benefits normally given to staff (which could be as apparently petty as use of the client's company canteen), or an inability on your part to provide a substitute contractor if you are unable to complete the work.

Judging whether or not you fall within IR35 is therefore difficult. This problem is compounded by the fact that there is no strict definition of 'employment' or 'self-employment' in statute law. Rather, each case is judged against previous precedent. As such, you can familiarise yourself with previous case law to offer some guide as to whether or not you are likely to be affected.

IR35 should be the first thing you consider when negotiating a contract. There can be a lack of understanding on the part of clients about the nature of the rules, and you may have something of a battle to get them to agree. As such, it is important that you are well versed in the rules before you begin negotiation, and that you have an independent IR35 expert look over every contract before it is signed.

For more information on IR35, read our articles The Top 10 Reasons For Failing IR35, The Financial Impact Of IR35 and Does My Contract Fall Inside IR35? on this site.

The Top 10 Reasons for Failing IR35

Questionnaire: Does My Contract Fall Inside IR35?