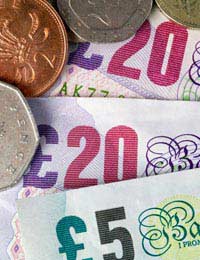 As unfair as it may seem, pension income is taxable in exactly the same way as any other income. While pensioners are still granted the same Personal Allowances available to other taxpayers, both private and state pension income may be taxed depending on your total income. Many pensioners are unaware of the fact that they will have to pay income tax on their retirement funds. This case study focuses on one such individual.

“I was taken by surprise when my pension was taxed,” explained the pensioner, who has only recently retired, and who draws both the State Pension and an occupational pension. “I have paid tax through the payroll system for most of my working life, so I had never really given it any thought. Tax has taken a fair chunk out of the income I had banked on having.”

Having contributed to a pension scheme for the entire period for which he was working, this individual has a no insubstantial pension fund from which to draw. As such, like many thousands of pensioners across the country, his total annual income exceeds the personal allowance. The annual personal allowance is for the current tax year (2018-19) it is set at £11,850 for those aged 65 and over.

As has been mentioned, the pensioner in question draws the State Pension, but also has an occupational fund from which they draw. “I pay tax on my company pension straight out of what they pay me,” he says. Income Tax is generally paid on occupational pensions through the Pay As You Earn (PAYE) system, meaning that there is very little work for the pensioner to do. Under this scheme the Tax Office instructs the pension provider to deduct a certain amount at source, meaning that the pensioner does not have to take any steps to make payment.

Although he has had no call to do so yet, the individual in question is aware that many pensioners have been able to reclaim tax as a result of overpayments. At the end of each tax year the pensioner will receive a P60 form detailing the tax paid and the income earned. He will keep this to ensure that he can reclaim in the event that he needs to.

As he draws an occupational pension and pays tax through the PAYE System already, this pensioner has no extra responsibilities to fulfil as far as the State Pension is concerned. All of his pension income is bundled together and taxed at source by his occupational pension provider. However, if he was not paying through the PAYE system, he would have to contact HM Revenue and Customs to inform them that he needed to pay tax. This would probably mean he would have to fill out a self assessment.

“I count myself pretty lucky that I don’t have to worry about the paperwork,” he says. “I am just going to keep the forms and keep an eye on my pension slips to make sure they aren’t overtaxing me.”

Many pensioners are confused about tax matters, but don’t know where to go for advice. If you want personal information on pension taxation, Help the Aged and other related charities offer free advice. Contact your local branch for details.

Minimising My Tax as a Small Business Owner: A Case Study
Share Your Story, Join the Discussion or Seek Advice..
Hi, If I migrate to UK via investor programme, what is the tax implication on all my interest income and share dividends for the fund inside and outside UK? If a family composed a couple and 2 child, how much is the total tax allowance can be entitled? Is home mortgage interst deductable? Thank you
Jack - 15-Aug-13 @ 9:48 AM
I get a private pension from my work through ill health.i also get Disability living allowance they are talking about changing the benifit if i loss my disabilaty allowance can they take my company pension off me if they say i am fit enough
biffer - 5-Mar-13 @ 9:54 PM
Title:
(never shown)
Firstname:
(never shown)
Surname:
(never shown)
Email:
(never shown)
Nickname:
(shown)
Comment:
Validate: