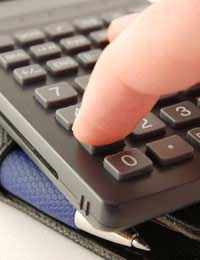 Inheritance Tax can blight the financial affairs of many individuals often affecting them at the worst possible time. There are a number of ways in which your Inheritance Tax (or IHT) liabilities can be mitigated, however, as it is possible to take advantage of numerous exemptions, exclusions and relief packages.

Aside from spouse-to-spouse transfers (which are exempt from IHT and are covered in our article Distribution of the Estate in this section), one of the most important set of exclusions from the IHT schedule is known as ‘excluded property’, and affects those domiciled outside the UK. In the first instance, it might be useful to investigate the definition of ‘domiciled’. This is an important legal term that can affect tax matters in several ways. In basic terms, domicile refers to the country in which you have your permanent residence. It is important to note that this is distinct from your nationality.

There are fairly complex rules about the tax status of pensions paid by former colonial governments to former employees. For example, any pension paid upon the death of a former employee of the Government of India is exempt from Inheritance Tax. This also applies to a number of other ex-colonial countries’ pension schemes, but you should contact your Tax Office for specific case-by-case details.

As you can see, the rules surrounding excluded property can be complex. As with all matters concerning Inheritance Tax, it is always wise to seek professional advice before taking any action.

Cut Your IHT Bill With a Discounted Gift Trust

Distribution of the Estate