Home > Ask Our Experts > Can we Set up a Childcare Voucher Scheme?

Can we Set up a Childcare Voucher Scheme? 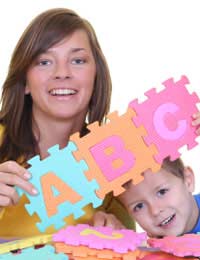 My husband and I are both the only employees of a close company. My husband is company director and I am company secretary and deal with bookkeeping and other administrative tasks.

I work 2 days a week and we pay for our 3 children to go to registered childcare on those days (this is all paid privatey not through the company).

Do you know if we are allowed to set up a childcare voucher scheme as we are a close company? Would payments for vouchers under the scheme still be allowable for corporation tax?

Are the employees (i.e. my husband and I) still able to get these vouchers tax and NI fee, or does it get considered as a benefit because we are a close company?

The childcare voucher scheme is a very useful, but frequently underused scheme. The government has recognised that the cost of childcare for employees is a significant one. In fact, childcare costs can count among a family's largest regular expenditures. As such, the Childcare Voucher Scheme has been introduced to help ease this financial burden. The scheme allows employees to pay for the cost of childcare from their gross income – that is, from their income before tax. With childcare costs frequently reaching the thousands, this can represent a significant tax saving.

The rules regarding Close Companies are not particularly well explained in HM Revenue and Customs (HMRC) guidance – in fact, there isn't really any guidance on this issue at all. As such, it should be assumed that close companies are treated in the same way as other companies. This assumption has been backed up by numerous accountants; having done some research, I have found various accountants suggesting that they have received verbal confirmation from HMRC that close companies are eligible for the childcare voucher scheme.

There are, however, a few factors that you should take into consideration when establishing your childcare voucher scheme. In the first instance, you have mentioned that you are currently paying privately for your childcare. Payments will not be allowable under the favourable tax treatment offered for childcare vouchers if the employee has contracted privately for the childcare and the bill is then settled (in whole or in part) by the employer. As such, you need to make sure that the payment is made in voucher form only; cash payments from the company will be taxed as a Benefit In Kind.

Setting up Your Own Scheme

Alternatively, the company can contract with the childcare provider directly, on your behalf. It is vitally important that the vouchers are viable under HMRC guidance. However, you should remember that this does not necessarily entail paying for the services of a voucher provider. It is perfectly possible for an employer to establish their own voucher scheme, rather than outsourcing. Indeed, for a small company, this may represent a cost saving in the long term, even though it can be fairly arduous to set up in the beginning.

At all stages of the process, it is vital that you stick to the general guidance offered by HMRC, a summary of which is available on this site. Furthermore, it is important that you consider the effects that a voucher scheme may have on your personal tax credits.

How Will My Second Job Be Taxed?

Sold Collectible Item: Am I Liable For Capital Gains Tax?

Higher Tax Bracket: Can I Claim Tax Relief on Pension

Paying for Training Can I Claim Tax Allowance?