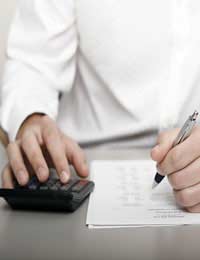 As any investor, small-time or professional, will know, shares and other investment vehicles can fluctuate wildly in value. By definition, this means that not every investment will pay off. More than this, however, some assets eventually lose all of their value, meaning that the owner loses any financial interest that they had in that asset.

All is not lost in these circumstances, however. If you own an asset that now has only negligible value (that is, it is essentially worth nothing), you may be able to offset the loss that you have suffered against previously earned income. If you are a higher-rate taxpayer, this means that you could be entitled to a tax reimbursement equivalent to as much as 50% of your loss.

This process is of particular use to owners of failed companies who have also acted as directors. In these instances, the individual in question should be able to make a negligible value claim that offsets the capital loss they have suffered on their shares in the company against the salary that they have been paid in previous years.

When considering making a claim for a tax refund on these grounds, the first step is to ascertain exactly how large a capital loss you have suffered. Assuming that you are making a claim for shares that have lost their value, you must first ensure that they meet a number of specific criteria. In short, they must be ordinary shares for which you have subscribed; shares that you have bought from a third party will not qualify for this type of Tax Relief.

You will be able to make a claim that treats your capital loss as if it were incurred during either of the two previous tax years if, during either of those years, you were a higher-rate taxpayer. In order to make the claim you must ensure that you accurately complete the capital gains section in your annual tax return. There are a number of boxes in this section (found on pages CG2 and CG3); the most important are box 8.13A and 8.13B, as these are the areas into which you will write the amount that you wish to offset against your income.

It is important to note that you will also require evidence to prove that the shares were in your possession in the first place and that they have now become worthless. For these purposes, the relevant share certificate and a letter of confirmation from the company's administrator retrospectively should suffice.